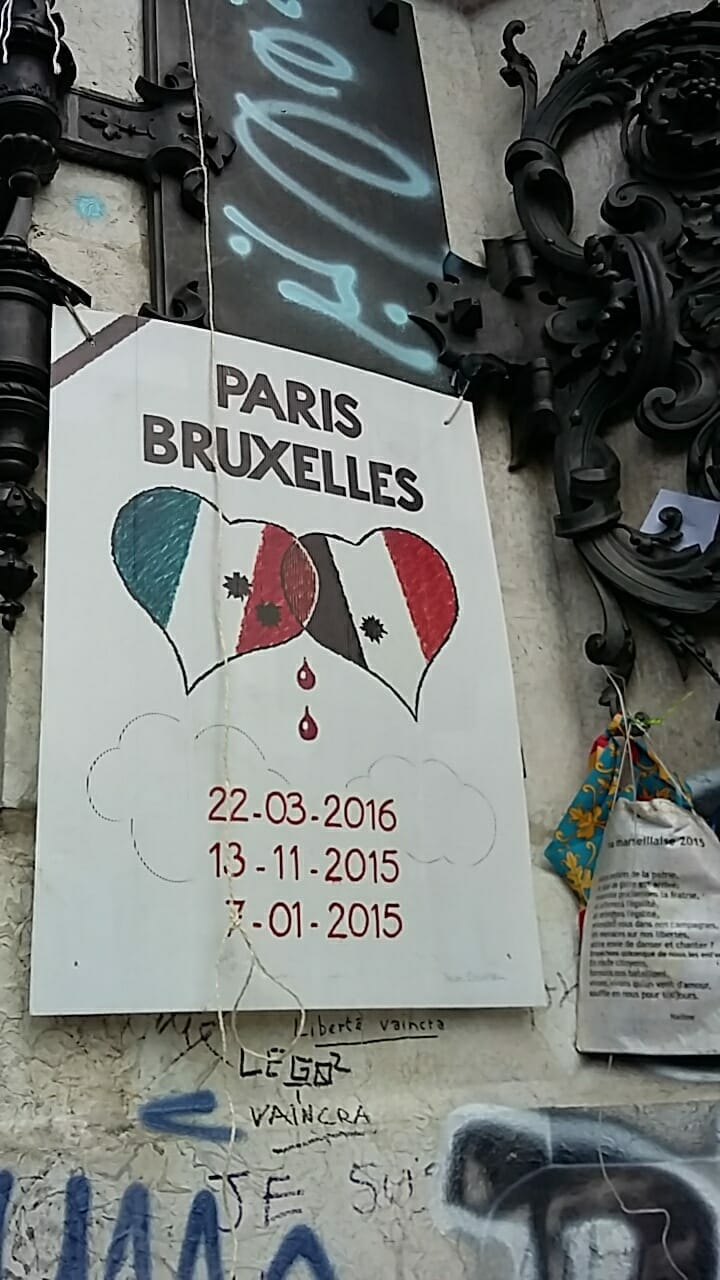 A new open-access paper from Atmospheres of (counter)terrorism in European Cities PI Sara Fregonese (Birmingham) and advisory board member Sunčana Laketa (Neuchâtel) has just been published in the journal Political Geography. Based on fieldwork conducted in Paris and Brussels after the terrorist attacks of 2015 and 2016, the paper models a new approach to affective geopolitics and security, paving the way for the Atmospheres of (counter)terrorism in European Cities project. From the abstract:

This essay advances an affective agenda in urban geopolitics that studies the everyday felt experience of urban terrorism. It takes as examples the relations between the spatial politics and affective atmospheres of Place de la République (Paris) and Place de la Bourse/Beursplein (Brussels) in the aftermath of the terrorist attacks of 2015 and 2016. Intersecting feminist geopolitics and non-representational geographies, the essay bridges geographical studies of experience and affective atmospheres with experiential accounts in urban geopolitics. It argues for a renewed conceptual engagement and scholarly focus on the affective dimensions of urban geopolitics and security, that highlights the contested and unequal topographies of everyday experience in the aftermath of terrorism in urban Europe.